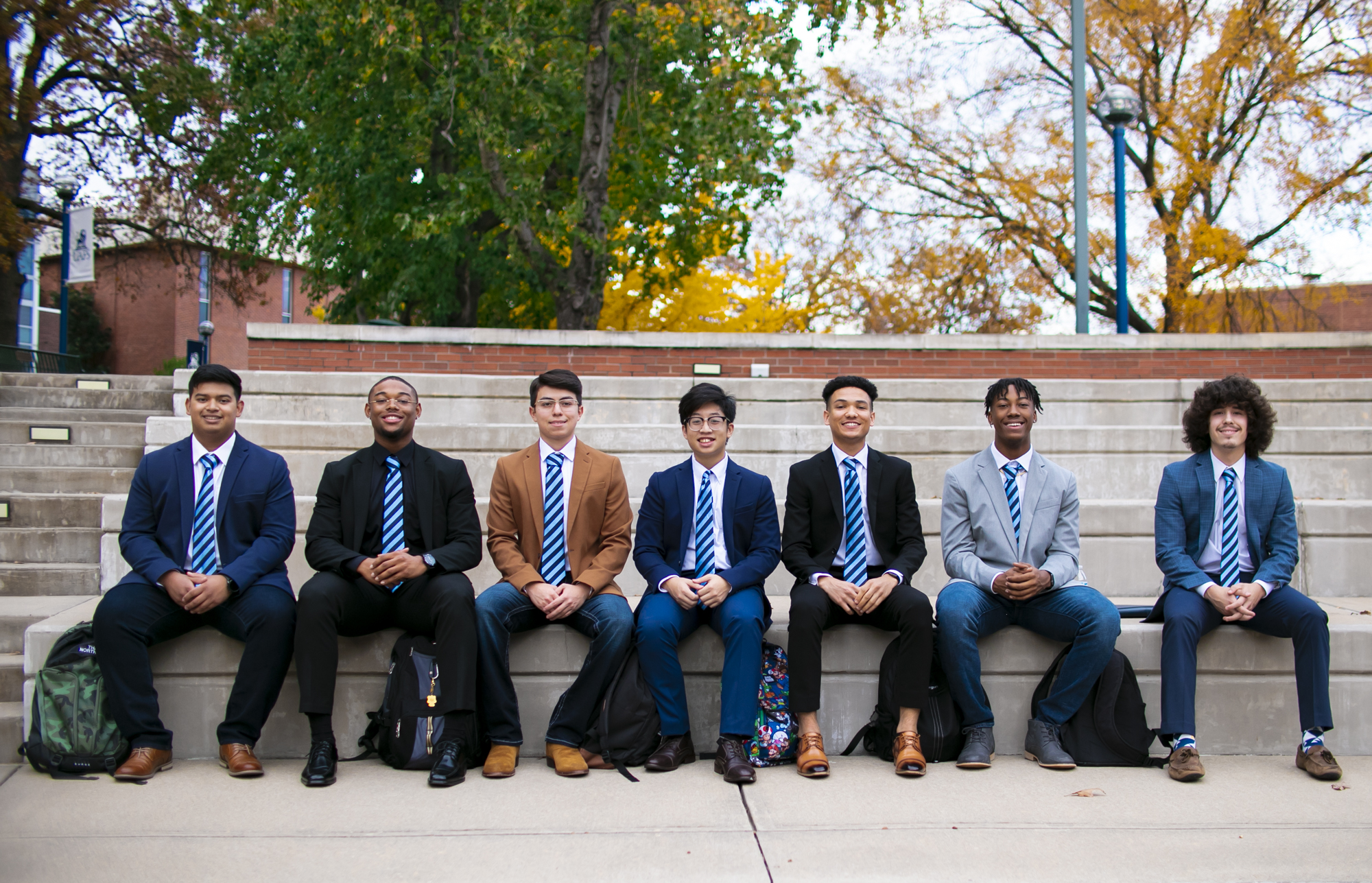 The Men of Excellence founding members pose for a photo before their November meeting.

Men of Excellence Earn Over $10,000 in Crowdfunding Campaign

Concluding a month-long crowdfunding campaign, the new University of Arkansas – Fort Smith program UAFS Men of Excellence (MOX) is ahead more than $10,000.

The Men of Excellence program aims to cultivate a new generation of River Valley leaders through mentorship, empowerment, and community building. Funds will enable the organization and its leaders to pay for campus programming, conferences, professional development, travel, recruiting, marketing, and business attire to help students be successful citizens on campus and beyond.

"Men of Excellence is much more than a typical mentorship program," said John Blue, Executive Director of Diversity Equity and Inclusion at UAFS. “This program helps, at its core, to increase our students’ sense of belonging and connection to UAFS. On difficult days, they can always look to their fellow brothers in the organization, their advisors, advocates, and mentors, and know they have a place on this campus, and people who will assist them in all their future endeavors.”

Blue noted that men experienced a higher education enrollment decline twice as steep as women during the pandemic, and total male undergraduate enrollment fell by 8.9 percent in spring 2021 compared to the previous spring.

According to Inside Higher Ed, men of color have enrolled in higher education institutions at particularly low rates amid a pandemic in which Black students and their families disproportionately suffered from COVID-19 infection, job loss, and financial strains. Enrollment for Black men dropped 14.3 percent in spring 2021 compared to the previous spring.

“Men of Excellence will assist with breaking the stigma of how men on college campuses are viewed," said current president and founding member of MOX, Glenn Brewer II. "It’s an honor to be a part of, honestly. This opportunity has really opened doors to networking and other numerous opportunities.” Through the program, still in its first semester, the fifteen founding members have had intimate conversations with powerful men and women of color, from congressmen to bank leaders, motivational speakers to entrepreneurs.

“It’s also given an opportunity to positively impact and influence other young men that look like me,” Brewer continued.

“It’s motivating to see that what our organization is doing is respected and appreciated enough to be welcomed into those spaces of authority,” said Anthony Carrascoza, another founding member of MOX. “That’s the best feeling when you know that what you’re doing is being accepted and supported by others.”

“That support, both financial and emotional, means a lot to these young men,” Blue said. “It lets them know their support system is much bigger than they could ever imagine.”

“To see close to 120 people invest in Men of Excellence means everything to me,” said MOX secretary and founding member Dawson Choate. “We believe it is important for everyone to have a support system to foster comfort and confidence. I believe confidence is key to a successful and joyful life, and seeing 120 people supporting MOX gives all of us the confidence to keep pushing towards our goals.”

Carrascoza said the successful campaign feels like a confirmation of the still-new group’s growing impact. “It means that the organization is affecting people positively and that we are supported by our community greatly.”