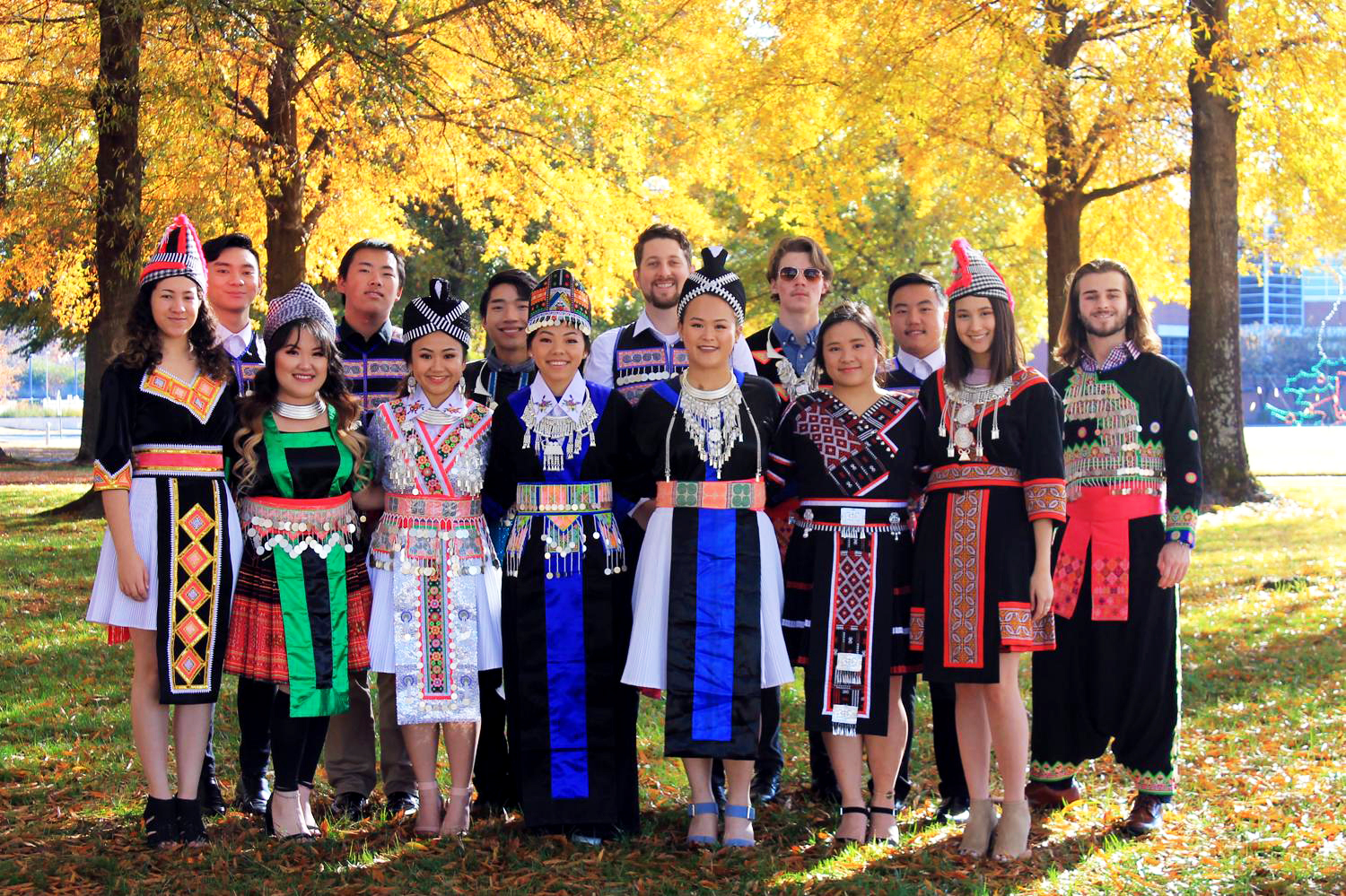 The 2020 Hmong Student Association poses for a photo on the Campus Green.

Wednesday, April 20, students from the University of Arkansas – Fort Smith will celebrate Asian American and Pacific Islander culture with an evening festival from 7-9 p.m. on the UAFS Campus Green, with a rain location of the UAFS Campus Center.

The free, public event will also serve as the grand finale of a month-long slate of Hmong Heritage Month events.

“Hmong Heritage Month gives people the chance to learn about and surround themselves with Hmong community members and embrace the traditions of the Hmong culture,” said Sonlly Vang, a junior Office Management Technology major and president of HSA.

Events involved crafts demonstrations, including making a traditional Hmong yarn tie called Kis Tes, used to congratulate and bless others, and cooking demonstrations at which students prepared Hmong food for guests. The semi-annual Hmong Olympics brought together teams from across campus in a full day of athletic competition.

“As a Hmong-American, HSA member, and UAFS student, I would like to be the bridge in creating a diverse and loving environment on campus by sharing my culture with others,” said Heather Xiong, freshman elementary education major. “Being Hmong is a part of my identity, and I feel that having a month dedicated to appreciating the culture and heritage is very important.”

Adora Kiatoukaysy, a junior nursing student and member of HSA, said she enjoys the opportunity to teach UAFS students and members of the Fort Smith community more about her culture. “UAFS is a diverse campus with multiple people of different ethnicities and cultures. The campus is so welcoming, and I want to bring my culture and share it with everyone.

“Many people still do not know much about Hmong history or what the Hmong people have done for the United States,” Kiatoukaysy continued. “This month acknowledges all the sacrifices and suffering my people have been through, and to me, it makes me feel proud to be a Hmong person.”

According to the Hmong American Center, the Hmong originated near modern-day China more than 5,000 years ago, migrating to the mountainous areas of Laos, Vietnam, and Thailand in the nineteenth century. During the Vietnam War, the Hmong worked with the United States CIA in the “secret war” in Laos and were forced to flee their homeland after the victory of the communists.