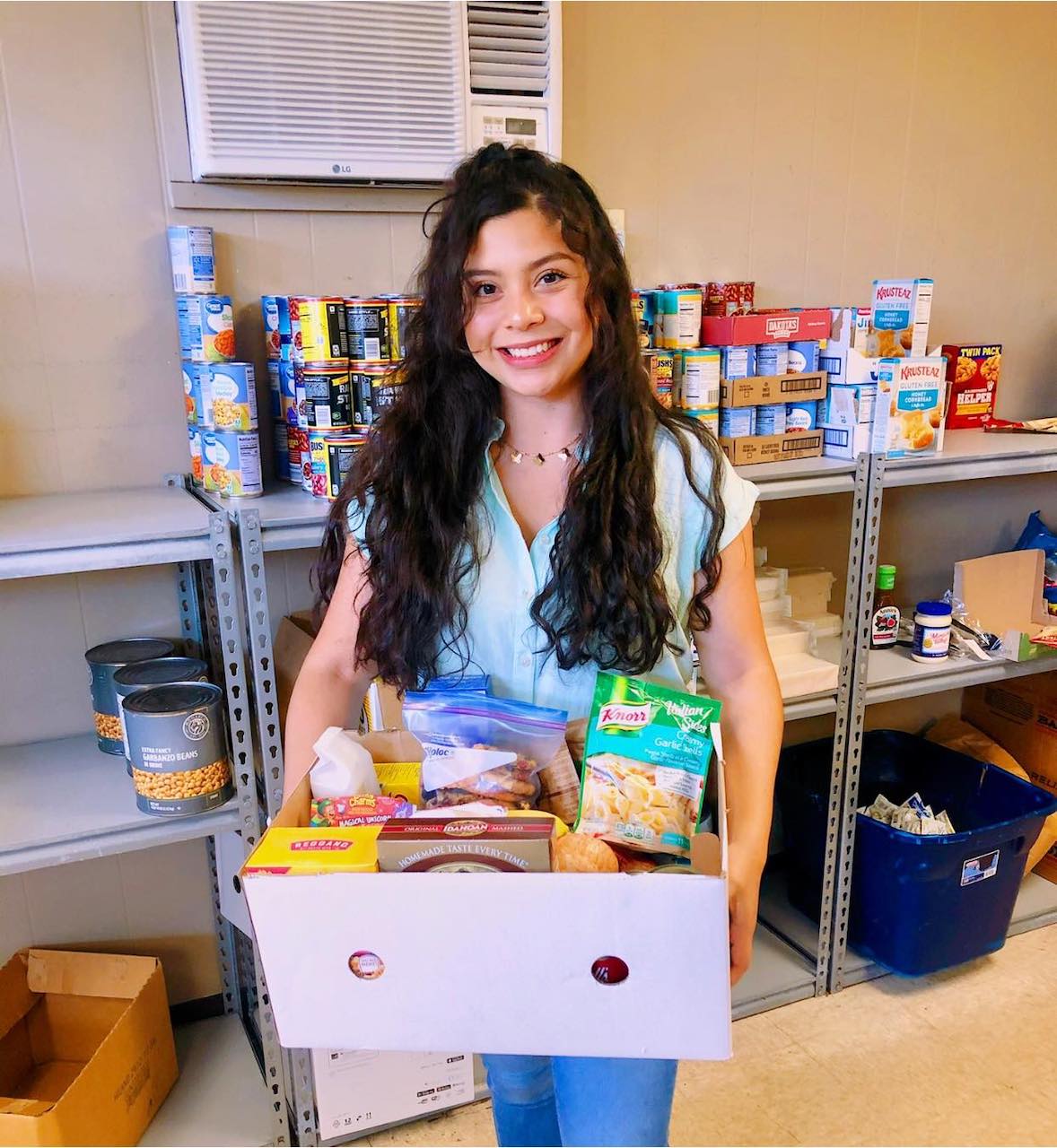 “It was difficult being the first child of an immigrant family,” said Cecilia Flores, who holds a Bachelor of Business and Administration degree with an emphasis in marketing from the University of Arkansas - Fort Smith.

When Flores’ parents left their hometown of Guerrero, Mexico, they wanted their children to have a better life without poverty or homelessness. They had high expectations for Flores in the hopes she would find her own success one day.

“I want to return the love they gave me,” said Flores, who began her academic career at UAFS in 2017.

During her first semester on campus, she attended Cub Camp and immediately wanted to get involved and meet new people.

During her first year, Flores became a Student Ambassador, charged with giving tours and helping new students and families find their way. “I’ll never forget seeing that group of people in polos and khaki pants. I knew right then I wanted to be one of them.”

When she wasn’t giving tours and welcoming new Lions, she served in various leadership roles. She became the vice president of the Student Ambassadors, community service coordinator of the Black Student Association, and took on a student worker role in the Financial Aid Office.

For two years, she was also the Boys & Girls Club Chair for the Student Ambassadors, where she mentored area children.

In her senior year, Flores added field experience in business and marketing to her academic work through two internships at SPF America and the Community Services Clearinghouse in Fort Smith.

“Although I had to do everything on my own, my parents couldn’t help me with any documents, scholarships, or applications,” said Flores, “I was able to finish strong.”

Flores said she struggled to believe she could obtain a college education, nonetheless, a career in a highly competitive field. “Despite the imposter syndrome I deal with daily, I was able to land some marketing jobs after graduating from UAFS.”

Shortly after graduation, Flores transitioned to a full-time job as an account manager at Snelling Personnel in Fort Smith.

In the fall of 2021, Flores took on her current role as a market research analyst at J.B. Hunt Transport Services, Inc., an American transportation and logistics company.

“I spent the whole four years of college creating strong bonds with students and organizations that gave me the confidence to do the job I do now,” she said.