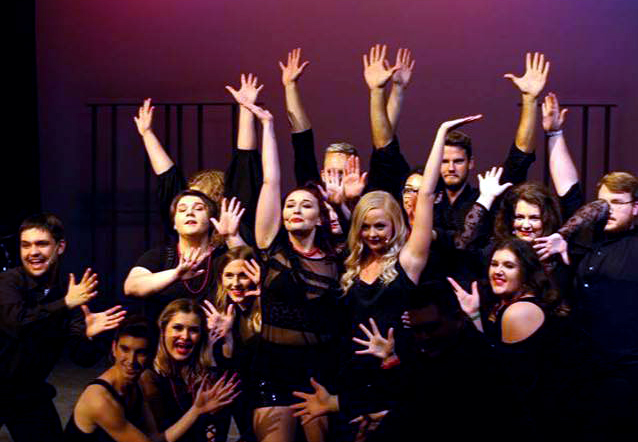 For the first time in 35 years, the University of Arkansas - Fort Smith Opera & Musical Theatre Workshop will present a complete opera, “The Christmas Gift.”

Performances will be at 7 p.m., Dec. 6 and 8, at the Breedlove Auditorium on the UAFS campus. Tickets are free for UAFS students, faculty and staff, and $10 for general admission, and must be purchased online at https://uafs.universitytickets.com/.

Written by the award-winning composer Dr. James Sclater, “The Christmas Gift” is a heart-warming holiday piece based on the Raymond Alden story, “Why the Chimes Ring.” It follows the travels of two brothers, making a long journey through snow, ice, and cold temperatures to reach a Christmas Eve service in their rural village. In the final scene, the audience discovers that selflessness and kindness are two of the greatest gifts.

Dr. Elizabeth Momand, director of the Opera & Musical Theatre Workshop at UAFS, has a special connection to the opera’s composer. Sclater, who wrote both the music and libretto, was Momand’s music theory and composition professor during her undergraduate studies at Mississippi College in Clinton, Mississippi.

On working with the composer for this performance, Momand said, “I am thrilled to be working with Dr. Sclater on our students’ performance of ‘The Christmas Gift.’  He was one of the professors who had the greatest impact on my education. Dr. Sclater has been so accommodating in allowing me to tailor the opera to fit our ensemble needs!”

Among the adaptations were changing roles initially created as male priests to female nuns and changing a king to a queen in one of the casts. Momand said these changes make it possible to double-cast.

“By double casting, the opera, each student in the ensemble now has a solo role at some point in the production,” Momand said.

She is “beyond thrilled” that the students will present a complete opera.

“When I started the Opera & Musical Theatre Workshop 17 years ago, the goal was always to present a full opera. But until this point, we’ve only been able to present scenes from various operas.”

Some of the students initially seemed unsettled by the idea of performing a whole opera, Momand said.

“Operas haven’t been performed in the River Valley for quite a few years, and when I announced that we would be performing this semester, there were raised eyebrows, and several looks cast my way. But after we sang the first chorus, there were smiling faces because the music is just so beautiful and so much fun the sing,” she said.

Momand seeks to dispel the thought that opera is stuffy and boring: “I wanted our first full opera to be in English and tell a story that will appeal to everyone, and The Christmas Gift perfectly fits the bill. I truly believe that everyone will enjoy the students’ performance, and we hope to have packed houses for both performances.”

The ensemble will perform educational matinees of the opera for local elementary, middle, and high school students.

Members of the Opera & Musical Theatre Workshop are:

Gini Law of Fort Smith is the staff accompanist for the ensemble.