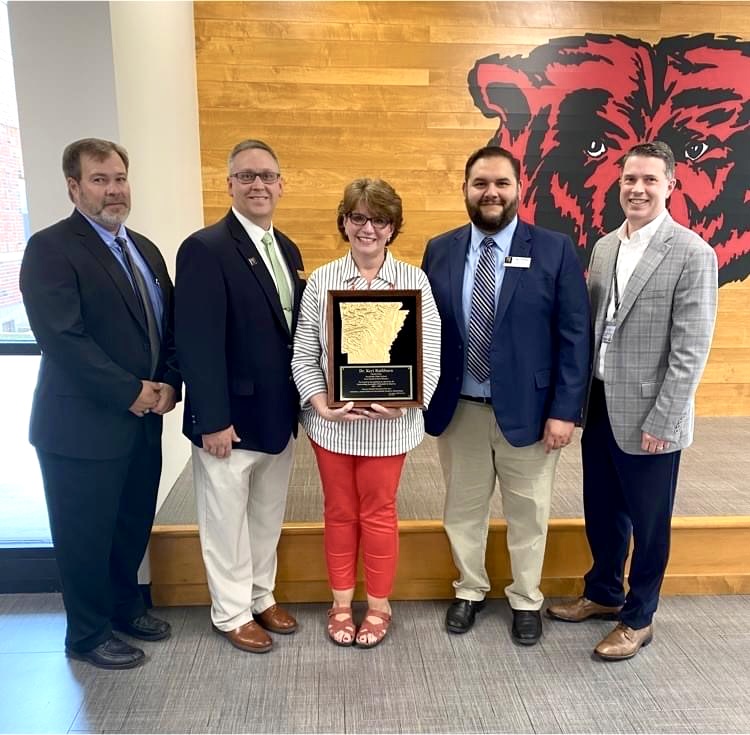 When you talk to Dr. Keri Rathbun, the words you hear most are “people” and “family.” “Pride” and “belonging” come closely after.

Rathbun, Westark Community College class of 1992, is in her fifth year as principal of Northside High School, and, as of today, she is the Arkansas Secondary School Principal of the Year.

“There are so many things I love about Northside that it’s hard to choose just one,” she said when asked to name her favorite thing about her school. “But I think it is the family atmosphere and the pride that everyone has in being a Grizzly.”

That sounds about right for Rathbun, whose name was Kish when she was at Westark in the early ‘90s.

Before starting at Northside in 2017, she was a counselor at Sunnymede, Kimmons, and Northside. She was named assistant principal, then principal at Kimmons.

While she was doing all of that, Rathbun, who has a bachelor’s degree from the University of Central Arkansas, earned a master’s degree and doctorate at Arkansas Tech University.

Rathbun said that as a counselor, she worked closely with members of the school administration.

“I loved what they did and realized that as an administrator, you have the opportunity to have a positive impact on more students,” she said. “I really believe my experiences as a counselor have helped me be a better administrator.”

Rathbun is in a unique position because of her experiences.

Her experiences at Westark Community College are part of the history that prepared her for her work today.

“My time at Westark prepared me to work with all kinds of people. I had the opportunity to be an ambassador for the Pride of Westark. As members of this group, we worked lots of events and met lots of people from the college president to donors to guests who were touring the campus. Because of these opportunities, I learned how to make connections with people and the importance of building positive relationships,” Rathbun said.