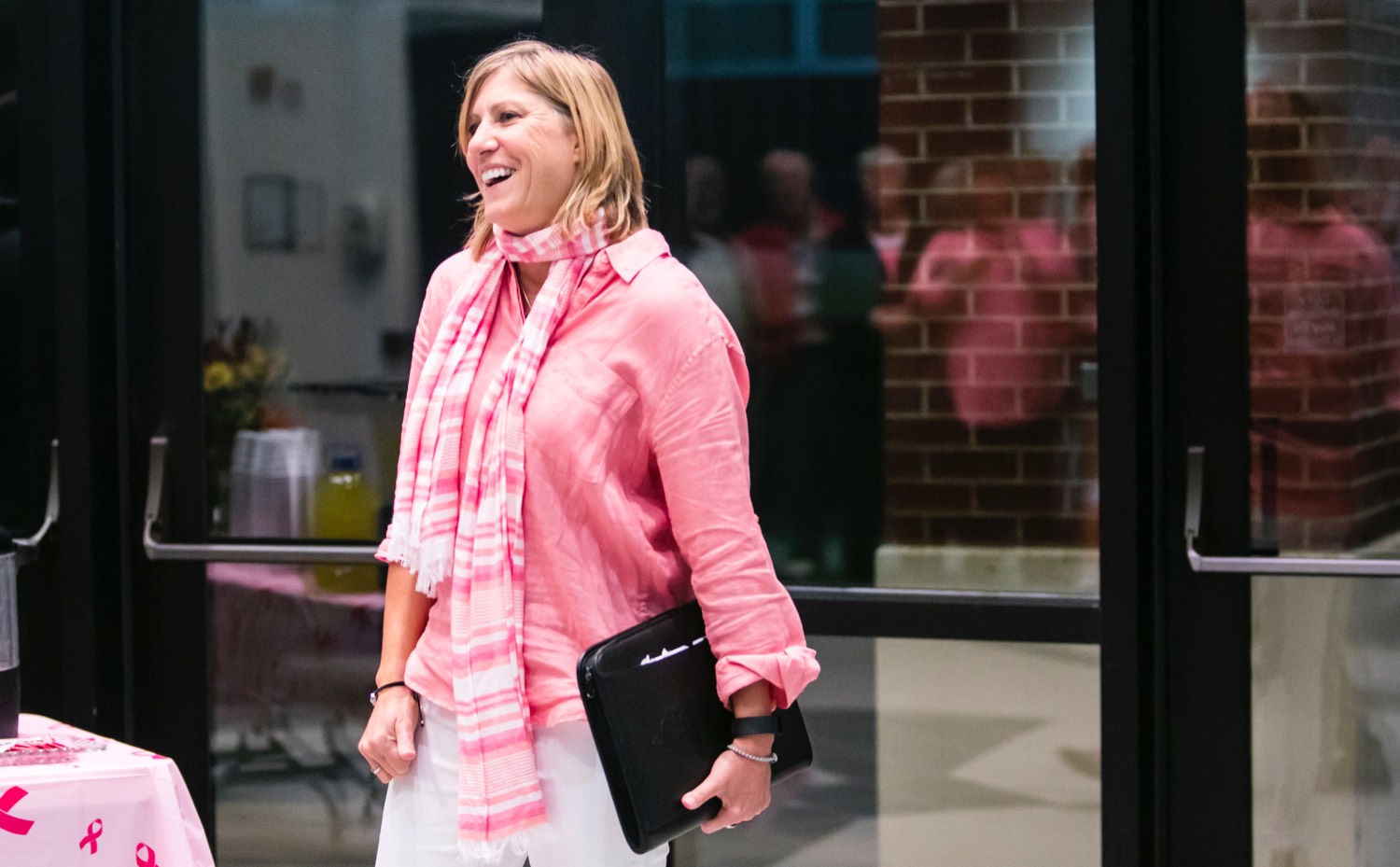 When you say the name Jane Sargent on the UAFS campus, everyone has the same image: strong, determined, committed. That describes Sargent and the volleyball players she coaches. Since she arrived on campus in 1998, she has never had a losing season.

Coach Sargent's win-loss record is 711-178. That includes time spent coaching teams in the NJCAA, the league Westark College and UAFS competed in for a time. When Sargent started, volleyball was new on Westark's campus. Sargent developed the teams that became a force to be reckoned with nationally in the NJCAA. Then she turned around and developed a program that competes successfully in the NCAA Division II. In that league, she is 309-95.

Sargent passed a significant benchmark in the 2021 season when she gained her 700th win against Albany State at a tournament in Valdosta, Geo. It didn't faze her. She just turned to the next game and the next win for the student-athletes she coaches in volleyball and in life.

We tried to get some time with Coach Sargent in what we thought would be some downtime between the end of the volleyball season and the winter break. Instead, she was out of town on a recruiting trip.

However, she was generous enough with her time to answer some questions for The Bell Tower.

I think you started the job here without necessarily thinking you would make it your career. How did that happen -- did you suddenly discover you were still here, or did you make a series of conscious decisions to stay?

I've always been very family-oriented, so my plan all along was to come home after college. I was fortunate enough to find a job teaching/coaching at Chaffin Junior High. During those 10 years, I looked at other jobs in different states a few times and had some interviews, but as they say, everything happens for a reason. I was meant to stay in Fort Smith to help with family and, surprisingly enough, to start the collegiate volleyball program at then Westark College. It's been nothing but a labor of love, and I'll gladly stay as long as they will have me.

We know that coaches teach/mentor the student-athletes they work with. I wonder if you have ever been on the other side. What (if anything) have you learned from the young women you coach?

That they don't really understand the way I "push" until after they graduate, after they step away from the program. During my time with them, I'm constantly pushing them to do, be, grow, fight, and they can't see that until it's over. I love hearing from former players that they now get it; they understand the "push" and how they feel better prepared to take on life because I saw what they were capable of even if they didn't.

Since you are recruiting right now, I will ask you this: What do you look for in a volleyball player you would like to bring to campus - skill, heart, character, or a little of all three?

Yes, all three for sure, but I also have to find a tough kid, a kid that can handle my brand of coaching. I'm definitely not easy to play for. I'm going to push them to fight and get back up again when they get knocked down. I want my kids to be bulletproof and capable of taking on all of life's setbacks.

I don't know who said this first, but it's always been my motto: Here's to strong women. May we know them, may we raise them, may we be them.

I've always felt like that was my job in life: raising up strong women.